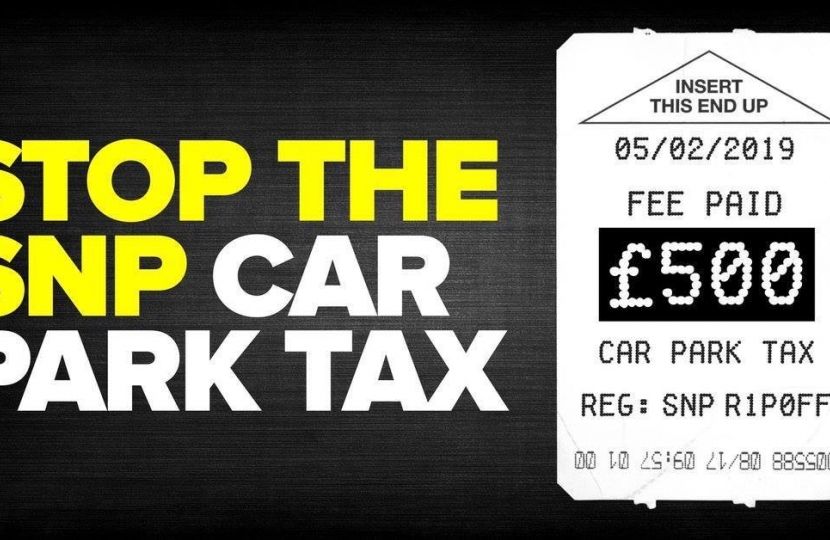 The latest figures for travel to work flows show that 15,499 people drive to work in North Ayrshire and could be impacted if North Ayrshire Council choose to implement a car park tax.

The Scottish Conservatives have launched an advertising campaign this week against the Car Park Tax. Yesterday, the SNP and the Greens voted it through Holyrood.

North Ayrshire Council have already highlighted that they are not planning on implementing the tax.

However, the two local authorities who have so far suggested that they will implement the Car Park Tax, charging workers £500 a year to park at work, are Edinburgh and Glasgow.

If Glasgow were to implement the tax this would affect over 500 North Ayrshire residents.

Furthermore, if East Ayrshire or South Ayrshire introduce the workplace parking levy this would affect a further 5,000 people in North Ayrshire who work in neighbouring local authorities.

West Scotland MSP, Jamie Greene, expressed his concerns that the new charges have not been properly thought through and the impact on families in the capital and surrounding areas has not been considered.

Other groups who will be hit especially hard by the tax are social care workers, who are already dealing with enough challenges thanks to the SNP social care crisis and charities.

“This poorly thought out policy from the SNP could be incredibly detrimental to people in North Ayrshire, even if other councils implement it.

“Thousands of people in North Ayrshire drive to work in Glasgow, South Ayrshire and East Ayrshire. These people could be taxed £500.

“This tax on work highlights the problems with this SNP Government. Having been held over a barrel by the Scottish Green Party, they are passing the buck onto Scottish and this is deeply unfair.

“It’s encouraging that North Ayrshire Council has decided not to implement the tax. For the sake of hardworking people across Ayrshire I hope that other local authorities choose to do the same.