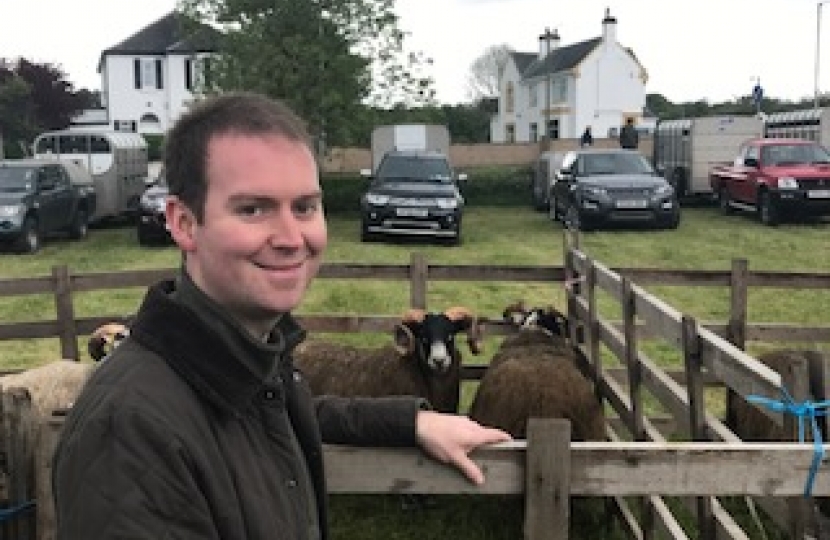 David says, “Like many of you, I am frustrated and disappointed with our current political situation and if elected I want to move on from constitutional distractions and deal with the issues that matter to people as we strive to improve their everyday lives. I am grateful to those who voted for me in 2017 and the result proved I am the only candidate who can stop the SNP and their divisive agenda. I have always lived and worked in North Ayrshire and want better for our people, towns, villages and islands”.

Delighted to have been selected again to be the Scottish Conservative and Unionist candidate for North Ayrshire and Arran at the upcoming General Election, David (aged 33) was born in Irvine, attended Annick Primary School and Irvine Royal Academy. After leaving school he continued his studies at the Royal Scottish Academy of Music and Drama in Glasgow (now the Royal Conservatoire of Scotland) from 2003-07, gaining a B.Ed. Music Hons. Since 2007, he has been teaching Secondary School music in North Ayrshire.

He says, “The country is at a crucial point in our history and I believe that we need to unite and move forward, respecting democratic results and leave the damaging divisions of referendums behind us as we look towards a new decade. I am an active supporter of a strong Scotland in the prosperous United Kingdom and oppose the diversion of a second referendum by Nicola Sturgeon, Patricia Gibson and the SNP. What we need is more Conservative and Unionist MPs elected from Scotland to work with the government, really delivering for Scotland and the UK”.

North Ayrshire and Arran Association Chairman, Richard Wilkinson, added “We are lucky to have David again as a candidate who has dedicated his life to North Ayrshire through education, home and work. His mixture of energy and enthusiasm, based on life experience, makes him an ideal candidate for our next MP who will bring a positive nature, confidence and sincerity to the role of MP for North Ayrshire and Arran. He is the ideal person to represent this constituency in the new Parliament which will be concerned with Britain leaving the EU. He will speak up for the constituency in a positive and constructive way and as part of Boris Johnson’s government will ensure that North Ayrshire and Arran is to the fore in all discussions which could affect the area."

Two Years On: Delivering on our Promises

Two years on, we have delivered for Britain. Here's a list of some of our top achievements.