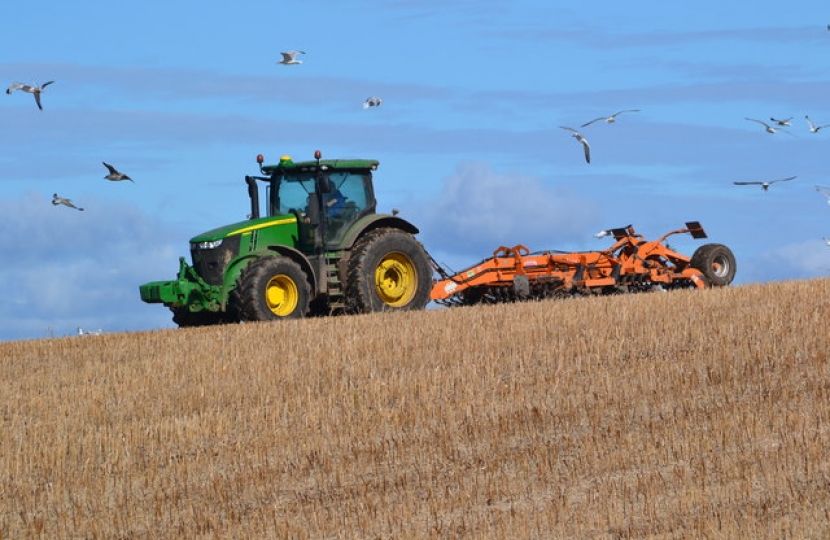 This week it was revealed that 13 farms in the West Scotland Region are still yet to receive their CAP payments from 2017.

The revelations came as a result of a Freedom of Information Request to the Scottish Government lodged by Jamie Greene MSP. This follows five years of IT system failures leaving hundreds of Scottish farmers without payment for long-periods of time.

Last year the Scottish Government faced a fine of £60 million from the European Commission for failing to distribute these funds in accordance with European Union law.

In their response to the Freedom of Information Request, the Scottish Government highlighted that for payments due in 2017 “there are currently around 340 businesses with applications known to be eligible for payment who have not yet been paid. 13 of those businesses are in the West Scotland Region”.

Jamie said that although there had been an improvement in the distribution of CAP funds, many farmers were still feeling the pinch after years of chaos concerning the Scottish Government’s IT system.

He called for the Scottish Government to immediately process the payments so that farmers in the West Scotland Region receive the money that they are entitled to which is vital for their livelihoods.

“It’s simply not acceptable that in the final months of 2018 we have a situation where 13 farms have still not received their CAP funding from the Scottish Government. This IT shambles has caused chaos for farmers across the west for too long and its time that we saw a change. Farmers are still having to take loans from the Scottish Government because the IT system cannot process payments.

“CAP funding is essential for the livelihoods of so many farmers across Scotland. It is the currently agreed framework for agricultural subsidies. The fact that since 2013 hundreds, if not thousands, of farms have had to go without the payment that they’re entitled to is a disgrace.

“It’s time that this SNP government got to grips with its IT system and start paying farmers the money that they are due.”