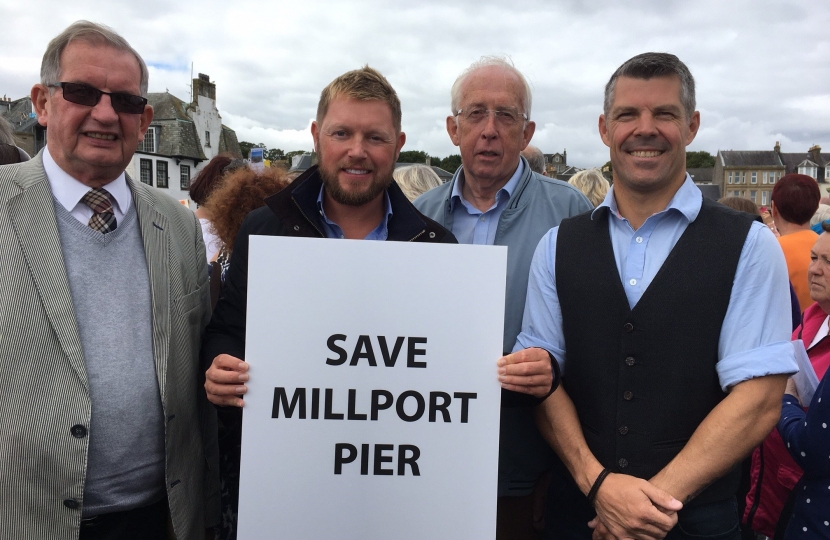 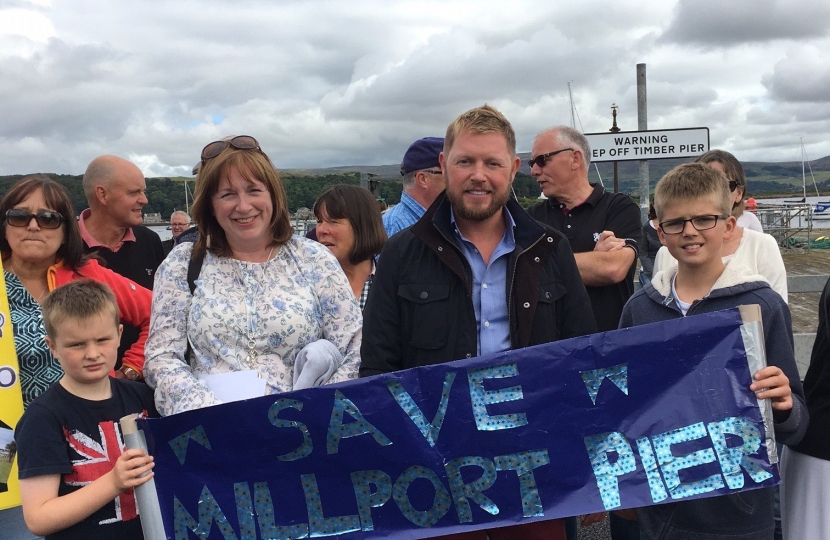 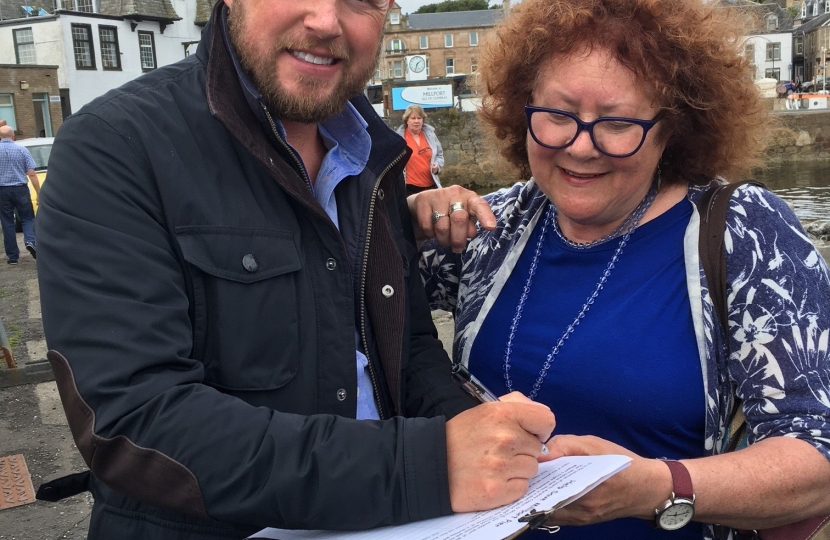 On Saturday, local MSP Jamie Greene attended a “sit-down” protest on Millport Pier on the Island of Cumbrae with other elected officials and members of the public to protest North Ayrshire Council’s plan to demolish Millport Pier. He was joined by fellow Conservatives, Councillors Tom Marshall and Todd Ferguson, and Richard Wilkinson, Chairman of North Ayrshire Conservative party.

The local MSP has also lodged a motion to the Scottish Parliament earlier in the week highlighting concern over this decision. The motion is as follows:

That the Parliament emphasises its deep concern regarding the decision taken by North Ayrshire Council’s previous cabinet to demolish Millport Pier; considers that Millport Pier is vital to the long-term health of the local economy and the sustainability of a strong tourism sector; further considers that many local men and women rely on its continuation for their livelihoods and that its demolition will threaten many jobs in the local community; highlights what it sees as significant opposition to this move by the local community; believes that this pier represents a significant part of Millport’s history, and calls on all constituency MSPs and those representing the West Scotland region to oppose the pier's demolition.

“I was really pleased to join local residents, tourists and local businesses who came out in force on Saturday to protest against the planned demolition of the pier. The decision to demolish Millport Pier is short-sighted and poses no benefit to the local community. It’s clear that our pier supports jobs in the area and brings in vital tourism that boosts the local economy. I’m proud to stand, or rather sit, with the local community to oppose this decision. The local Conservatives are clear that the correct strategy is to restore the pier or propose a suitable alternative which works for all stakeholders and users so that we may enjoy decent berthing in Millport for generations to come.”

Mr Greene also pointed out that the absence of both the local MP Patricia Gibson and MSP Kenneth Gibson (both representing North Ayrshire and Arran) was noted by many at the rally. 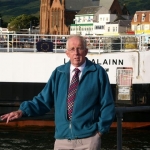 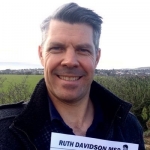