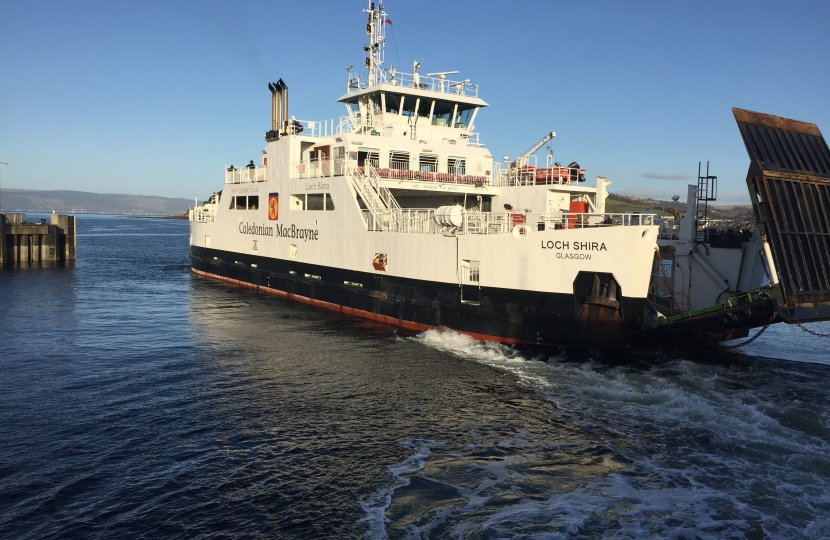 Speaking in the “stage 1” debate in Holyrood, the West Scotland MSP told the parliament that because of the unique set of challenges that face island communities, such as transport to and from the island, access to hospitals and the cost of living, it was right that Holyrood works to mitigate the impact on islanders.

Jamie, whose West Region includes the islands of Arran and Cumbrae, spoke of the importance in recognising the individuality of each island and stressed that a one size fits all approach will not be sufficient when government Ministers bring forward their National Islands Plan.

He pledged to continue to work constructively with the Scottish Government in helping to develop the bill over the coming months. The Bill is going through the Rural Economy and Connectivity Committee which Mr Greene is a member of. The local MSP also set up a video conference link between the Scottish Parliament and community leaders on Arran as part of the official evidence gathering session of the parliament’s scrutiny of the new Bill.

The Bill is seeking to ensure that all public body and government policy decisions must “have due regard” to island communities when making decisions and makes it a statutory duty for the Scottish Government to produce a National Islands plan on a regular basis.

“Our islands face a unique set of challenges, whether it’s the cost of living or transport to and from the island, that we must work to mitigate. I often receive requests for help from Arran residents who cannot get a hospital appointment because of issues of ferries and timing for instance, so there is certainly progress that we can make on the current situation. Equally the issue of access to school transport has a hot topic for those on Cumbrae. Island residents accept that being on an island comes with its own issues but also they are income and council tax payers too and deserve an honest assessment of government decisions which may negatively affect their communities.

“Our 92 islands might only make up 2 per cent of the population but they are ingrained into our identity. There is still work to do but I believe that if we get this right, islands such as Arran and Cumbrae could benefit enormously, so I look forward to working with the Scottish Government into developing this into a bill fit for modern Scotland. It is one of the finest examples of not letting party politics get in the way of good legislation – this Bill still has some way to go but I will ensure that it is strengthened and is fit for purpose.”