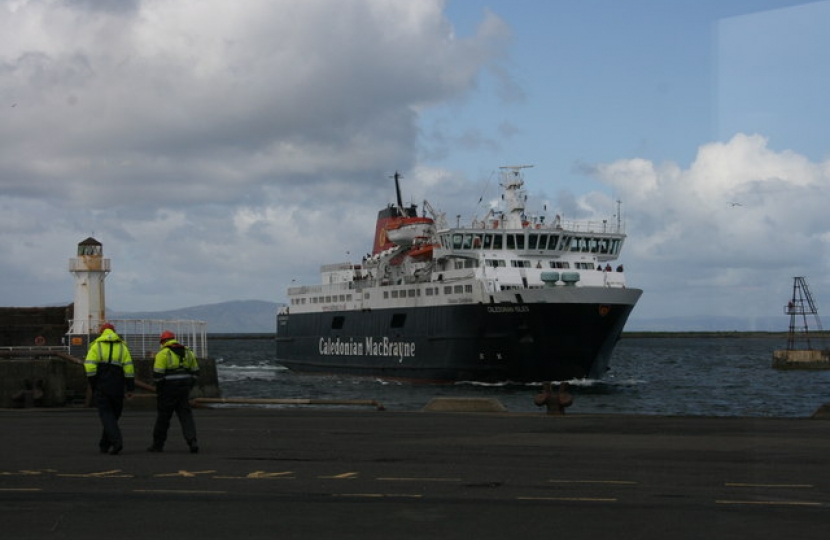 West Scotland MSP Jamie Greene this week criticised the action of Kenny Gibson, MSP for Cunninghame North, for leading the march against crucial reforms that would have allowed Arran to become its own electoral ward with two councillors specifically representing the island community.

Island communities in North Ayrshire are currently linked with the mainland in order to make up the required number of electorates to form an electoral ward. An amendment to the islands bill lodged by Jamie Greene MSP sought to allow an exemption for island communities.

Mr Greene’s amendment was backed by North Ayrshire Council and commanded cross-party support; however, because the SNP opposed the amendment it was defeated in Holyrood.

The West Scotland MSP did manage to pass two separate amendments during the debate, which would facilitate a review of the legislation after four years that would be set against measurable objectives – something which was absent from the original draft.

The SNP’s Kenny Gibson led the debate against the amendment, the result of which could see Arran lose one of its councillors in next year’s boundary review.

Jamie expressed his astonishment that the local constituency MSP would lead his party against an amendment that would ensure that Arran was strengthened in North Ayrshire Council.

He said that the votes of Arran may not matter to Mr Gibson but they mattered to him.

“This bill was supposed to enhance and empower our island communities. My amendment had cross-party support and was backed by North Ayrshire Council. If the SNP had supported the amendment, then it would have passed into law without issue. Instead they saw the potential of having two guaranteed councillors after reform instead of one as a threat in the face of recent Tory success in North Ayrshire and voted it down.

“I’m proud I was able to work with other parties to improve the final version of the bill but I really believed that we missed an opportunity to promote the interests of Arran. Mr Gibson should be putting his constituency ahead of his party but once again failed to do so. Voters in Arran will be dismayed to see their local representative voting down a law that would have enhanced their representation.