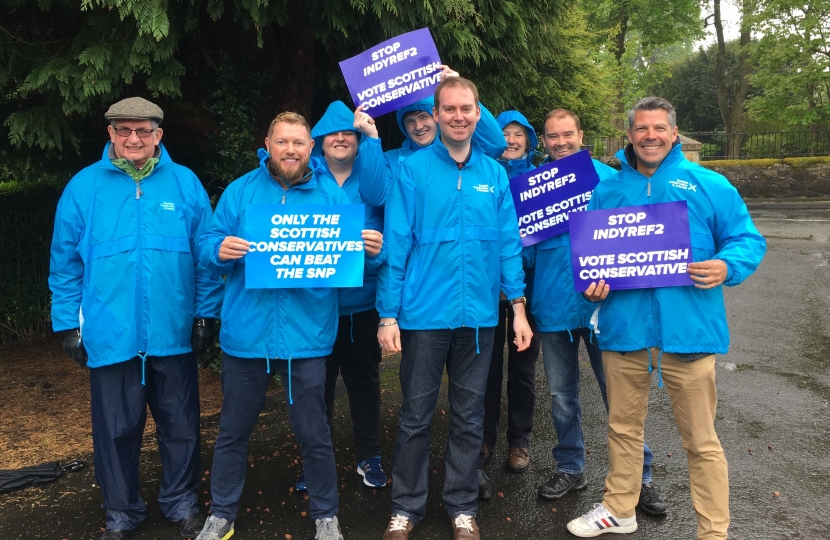 During an Irvine Beat FM local radio programme on Sunday, 28th May, on the General Election, Patricia Gibson, the former MP for North Ayrshire and Arran made the astonishing admission that the choice for voters on June 8th is between herself and the Scottish Conservative and Unionist candidate, David Rocks.

David Rocks said, “The last time this seat was fought over two years ago, the battle in North Ayrshire and Arran was clearly between the SNP and Labour. Now, after excellent Scottish Parliamentary election results last year when Conservative candidate, Jamie Greene, beat Labour into 3rdplace and the recent local government election results when the Conservatives increased their Council representation from1 to 7, my party, the Scottish Conservative and Unionist Party, is clearly the only one close to beating the SNP in North Ayrshire and Arran”.

David added “I will stand up for the people in this constituency who want Scotland to be part of the United Kingdom and the UK to have the best Brexit deal possible. Only Scottish Conservative and Unionist MPs can truly represent Scotland and be a strong voice for Scotland within the UK government, working with the government rather than opposing from the side-lines.  If Scotland is to contribute positively in the Brexit negotiations then we need to return more Scottish Conservative MPs to Westminster to be a strong and clear voice for our nation as we look forward to the future. Scotland voted to be part of the United Kingdom in 2014 and the UK voted to leave the EU in 2016.  We must respect these democratic results and move away from the politics of grievance and division."