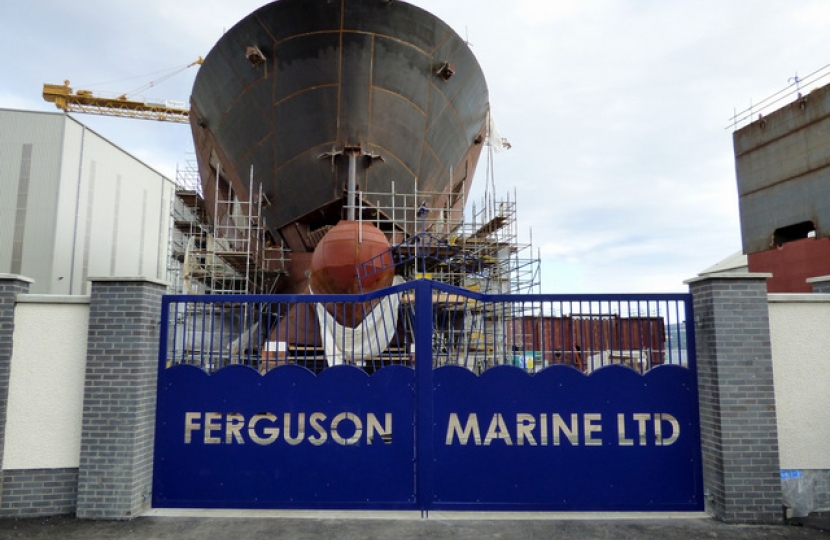 The SNP Government’s proposal to nationalise Ferguson Marine is the entirely the result of the SNP’s own ‘reckless mismanagement’ of the yard’s current ferry contract, the Scottish Conservatives have said.

Derek Mackay announced yesterday morning that the SNP Government is ‘ready and willing to take Ferguson Marine into public ownership’.

The Scottish Conservatives have criticised the SNP for their handling of the whole affair and are calling upon the SNP to explain what public ownership might entail, how it will secure the future of the yard, and how it will conclude the ferry-building project.

Jamie Greene, Scottish Conservative transport spokesman, said that nationalising Ferguson Marine raises more questions than answers and that once again the SNP government has created a financial mess that the taxpayer will ultimately have to pay for.

“This unsurprising announcement is entirely the result of the SNP’s reckless mismanagement of the Ferguson marine contract and a complete embarrassment to them.

“The way to secure jobs and the yard’s future is by ensuring that the current ferry contract concludes by resolving the dispute over cost overruns.

“Nationalising Ferguson Marine, even if it is possible to do so, simply raises more questions than answers and offers no certainty to the business at all.

“It’s pretty clear that Derek Mackay has no clue whatsoever what the cost to the taxpayer will be, over and above the tens of millions of pounds already spent on this bungled contract.

“The SNP’s track record on big infrastructure projects is shambolic and their failure to provide a coherent long-term ferry strategy has blighted our island communities for too long.

“Given the SNP’s poor track record on running nationalised businesses, there is no guarantee that doing so will provide any long-term security to the business, deliver a finished product or provide any comfort to the workers and their families.”