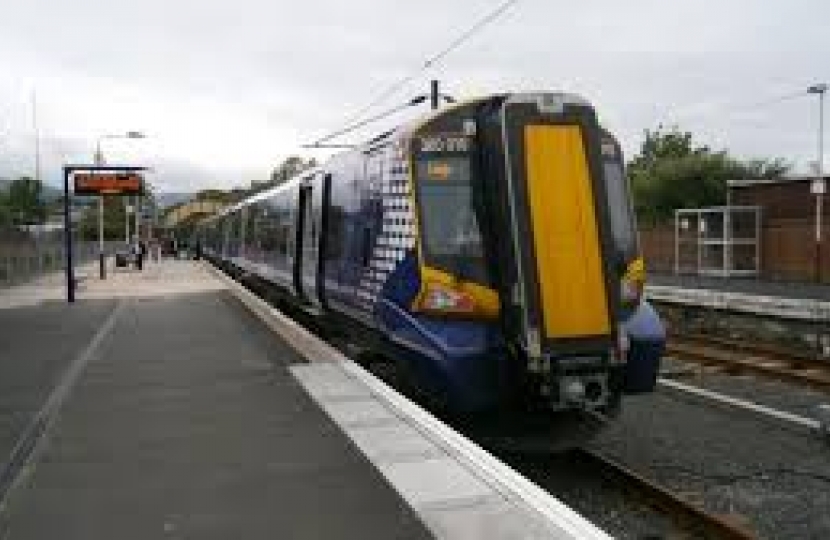 The Scottish Government has come under fire after details emerged of a ministerial waiver on standards on ScotRail trains.

Under a parliamentary answer the Transport Secretary, Michael Matheson, said that the SNP Government will no longer need to enforce compliance breaches after June 2019.

Under the franchise agreement, the Dutch-owned operator Abellio must hit a series of targets on punctuality and reliability. When the operator cannot do so they are compelled to produce an improvement plan and may be subject to sanctions.

The Scottish Government has already lowered timetable targets last month. If this target had not been shifted then train operators, Abellio, would have been in danger of breaching the terms of their franchising agreement.

ScotRail’s performance levels are at their lowest level in over two decades. This has been notable in North Ayrshire where, for a sixth successive month, the train service to Largs station has been less punctual. Back in March, 88.7% of trains arrived within five minutes of the scheduled time. This was still lower than the Scottish Government’s targets of 92%, however, now only 86.7% of trains are arriving on time.

The decision to enforce a ministerial waiver has caused some stakeholders to call for Mr. Matheson’s resignation. The Transport Salaried Staff Association (TSSA) who are the independent trade union has criticised Mr. Matheson. The head of the TSSA, Mr. Cortes has called on the Transport Secretary to “do the decent thing and resign”.

Jamie Greene MSP for West Scotland and Shadow Transport Minister has blasted the SNP and have called on the Transport Secretary to revoke Abellio’s “licence to fail”.

“He might only be a couple of months into his new job, but the Transport Secretary must realise that this is not how you run our transport sector.

“A service that millions of people rely on must have accountability. Right now, we’re not seeing that from the SNP’s new Transport Secretary.

“The license to fail the SNP has given Abellio will let down thousands of people in North Ayrshire who rely on this service to get to work, to see family and to travel.

“Mr. Matheson must come forward in the Chamber and explain how long he will allow this farce to continue with our trains.”