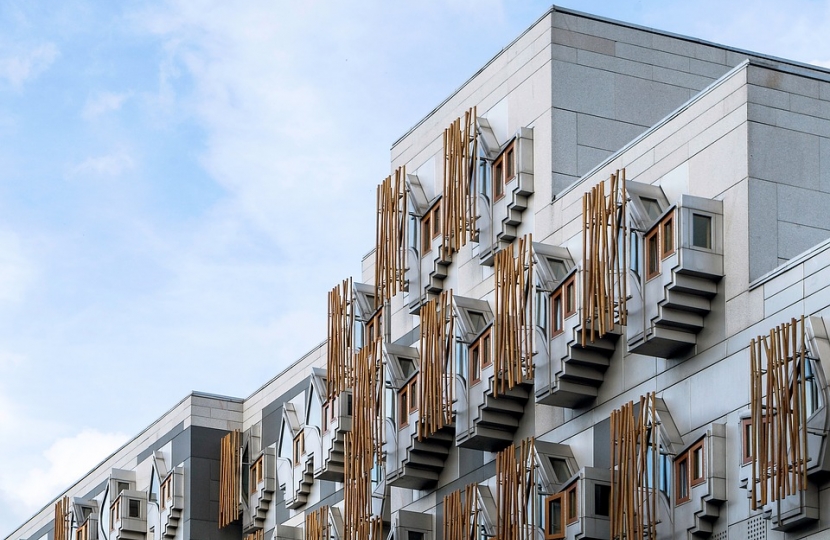 New growth figures have confirmed Scotland’s economy performed less than half as well as the UK’s over the whole of 2017.

According to Gross Domestic Product (GDP) statistics, growth for Scotland was 0.3 per cent in the final quarter of last year.

That means, for the whole year, the economy grew at 0.8 per cent, compared to the UK figure of 1.7 per cent.

Although the figures do not highlight growth relative to North Ayrshire, its economy has suffered in recent years, with youth unemployment remaining higher than the Scottish average.

Jamie raised his concern over these figures, highlighting that sluggish growth has a direct impact on the standard of living of people in North Ayrshire. He said that as long as the Scottish economy remains sluggish North Ayrshire’s economic woes will continue.

He called on Nicola Sturgeon to re-think her economic strategy and bring forward policies that will deliver prosperity to North Ayrshire.

“Once again GDP figures show that under the SNP Scotland’s economy continues to struggle, growing by less than 1 per cent across the entire year. In comparison the UK economy grew more than twice as much. In the last quarter we saw just 0.3 per cent growth, frankly that isn’t good enough.

“A sluggish economy has a direct impact of the livelihoods of local residents. Scotland simply isn’t generating money anymore and the effects are being seen across the west of Scotland. In North Ayrshire we have high youth unemployment and we are struggling to attract investment that delivers opportunities for local residents.

“It’s time that Nicola Sturgeon re-thought her economic plan and started bring forward policies that grow the economy. That includes scrapping her income tax hikes and ditching the constant drive for independence which is sending wealth and talent south of the border.

“After 11 years of the SNP at the helm North Ayrshire continues bear the brunt of this sluggish economy.”