Maurice was a local councillor for Lomond North in Argyll and Bute where he held a number of posts on the council committees since winning in 2012.

Maurice also served with the Black Watch with Nato in the Balkans and more recently in a support role with Nato Forces in Afghanistan.

In political battles he fought the West Dunbartonshire seat in the UK General Election in 2015 and managed to increase the Scottish Conservative vote. 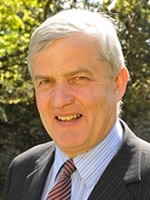