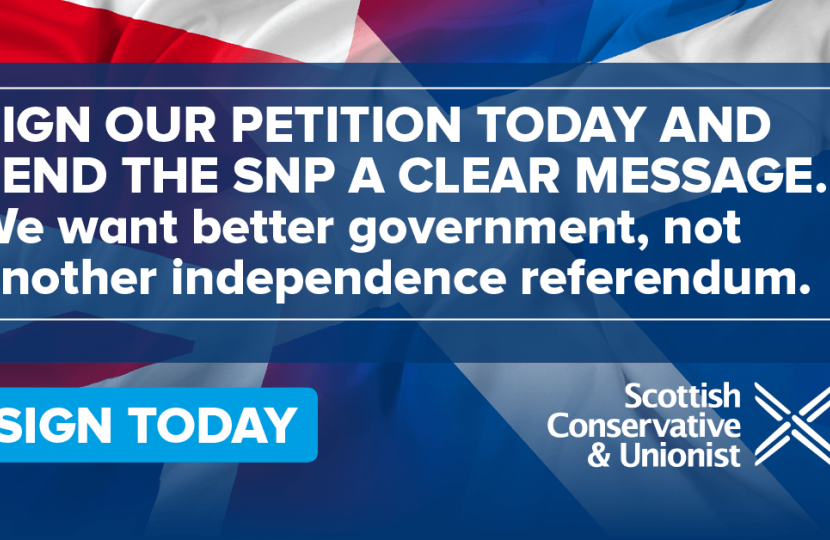 Nicola Sturgeon has made it clear she wants to drag Scotland back to the divisions of yet another referendum on independence.

The SNP promised the last referendum would be “once in a generation”. Before May’s Holyrood elections, Nicola Sturgeon said she’d “respect” that vote. But now, just a few weeks on, she’s preparing to force Scotland to go through it all again.

It’s not right  - and it’s bad for Scotland. Another referendum will damage jobs by creating more uncertainty over our future. And it means more time wasted on a divisive campaign, when we desperately need a government focussed on your local school and your local hospital.

It’s time we made our voice heard.

We promise to lead the fight against a return to a second referendum in the Scottish Parliament. As leader of the main opposition party, Ruth Davidson will demand every day that we get the government focussed back on what matters.

And you can join us today by signing our petition, saying no to a second referendum. Already, thousands of Scots have signed up. Join them and us in making sure the SNP listens for once.

Together, let’s demand the government we deserve: one that focusses on the day job, not a divisive, unwanted second referendum.

Take it from us: politicians notice when people act. Signing this petition today won't take a minute. We're stronger when we act together.