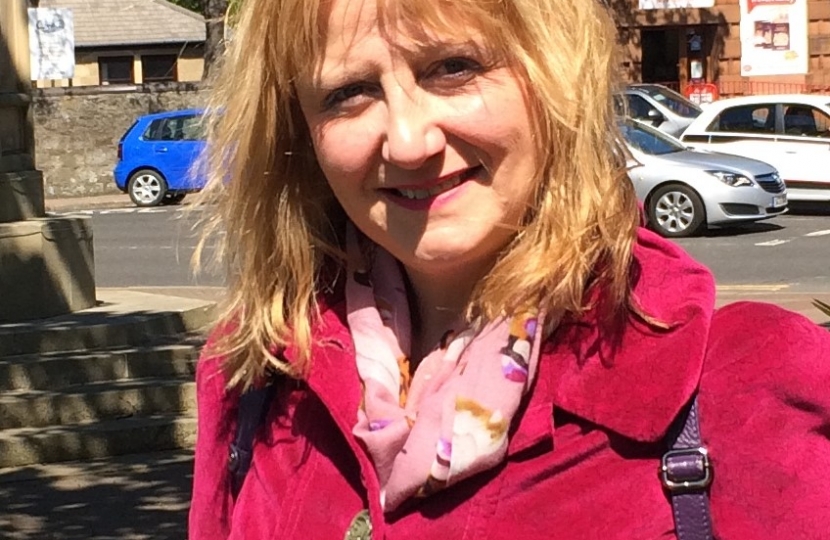 North Ayrshire Conservatives, in conjunction with our fellow association in South Ayrshire, are delighted to announce Caroline Hollins as their candidate for Central Ayrshire in the General Election on 8th June. Central Ayrshire constituency includes Irvine, part of Kilwinning, Springside, Dreghorn, Drybridge and surrounding rural area, all in North Ayrshire Council area.

Caroline Hollins was brought up in Ayr and attended Ayr Academy.  She now lives in Ayr. She started her nursing career in Ayrshire and spent eleven years as a Midwife in Ayrshire Central Hospital, in Irvine.  She has published papers on pregnancy and child birth which have been acknowledged globally.  She is particularly interested in women and children’s health and well-being.  Caroline is currently a Professor in Maternal Health at Edinburgh Napier University.

This is Caroline’s first foray into politics and she is looking forward to a short, sharp and successful campaign.

Caroline said, “Building on the recent success of the local elections, I call on all people who do not want another independence referendum to give me their vote in this election so that we can send a message to Nicola Sturgeon to start to improve the government of Scotland and Ayrshire and forget about causing yet more division in the country”.