David will strike the Right Note 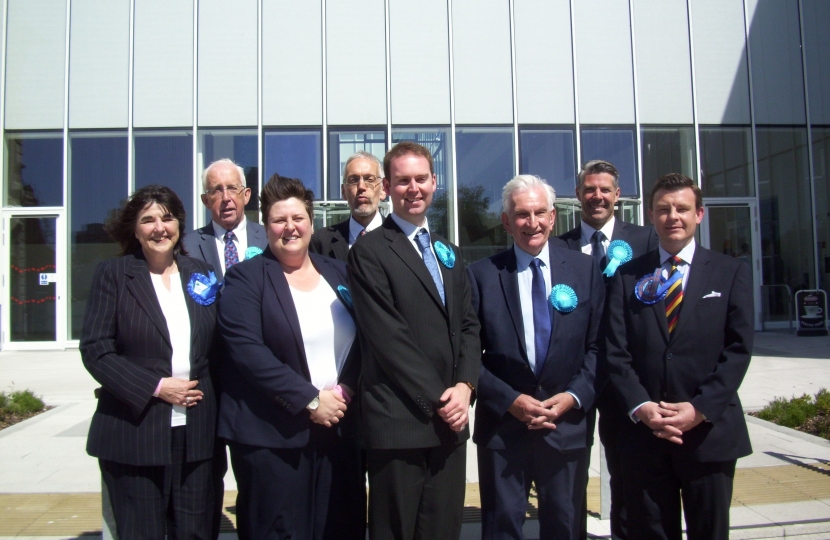 David was born, educated, always lived in and always worked in North Ayrshire.

Born in Irvine, David (aged 31) attended Annick Primary School and Irvine Royal Academy.  After leaving school he continued his studies at the Royal Scottish Academy of Music and Drama in Glasgow (now the Royal Conservatoire Scotland) from 2003-07, gaining a BEd Music Hons. Since 2007, he has been teaching Secondary School music in North Ayrshire.

David joined the Scottish Conservative and Unionist Party in 2004 (aged 18) and became active in the local branch and wider Association. Since 2010, he has been chairman of the Irvine Branch. He was elected to the Constituency Executive Council and currently holds the post of Association Secretary. He has contributed to Conferences and takes part in the wider work and life of the Party in Scotland. He has served as Agent for candidates in Local Government and Scottish Parliament Elections, organising action days and leafleting. He has built up many close friendships in the Party and encourages others to get involved.

David said “Music has always been my main passion and continues to be so.  Apart from teaching music, I am the accompanist of the North Ayrshire Workplace choir and perform at various local events throughout the year. I sing in a church choir and sometimes deputise as organist. Taking an active role in the life of the church gives me an insight into the issues facing our communities”.

He continued – “I played a key role in the North Ayrshire Council employees’ People Strategy. The values of Focus, Passion and Inspiration were the themes and I enjoyed featuring in the brochure and videos as ‘Inspiration.’ I was on the committee that planned and developed the strategy for over a year and continue to be involved with it.  Meeting and working with other Council employees from a range of services proved to me what a great place North Ayrshire is to work and we were very proud to win awards for all our efforts.

My reasons for being a Scottish Conservative and Unionist and standing in this election are that:

I believe in small government and low taxes with careful and sensible public spending to support people taking responsibility for their own lives and contributing to their local communities in a positive way. We need less state control in peoples’ lives and I believe in more powers to councils, not more centralisation.

I am an active supporter of a strong Scotland in a prosperous United Kingdom and oppose the diversion of a second referendum by Nicola Sturgeon and the SNP. What we need is more Conservative and Unionist MPs elected from Scotland to work with the government, really delivering for Scotland and the UK”.

North Ayrshire and Arran Association Chairman, Richard Wilkinson, said “We are lucky to have David as a candidate who has dedicated his life to North Ayrshire through education, home and work. His mixture of energy and enthusiasm, based on life experience, makes him an ideal candidate and even more a prospective MP who will bring a positive nature, confidence and sincerity to the role of MP for North Ayrshire and Arran He is the ideal person to represent this constituency in the new Parliament which will be concerned with Britain leaving the EU. He will speak up for the constituency in a positive and constructive way and as part of Theresa May’s governing party will ensure that North Ayrshire and Arran is to the fore in all discussions which could affect the area.

Fresh from the success last week of electing 7 Conservative Councillors from Skelmorlie to Springside, we look forward confidently to June 8th and I call on all who want to see us do well, come and help us in the campaign (telephone 01294 463131) and vote for David on 8th June”.