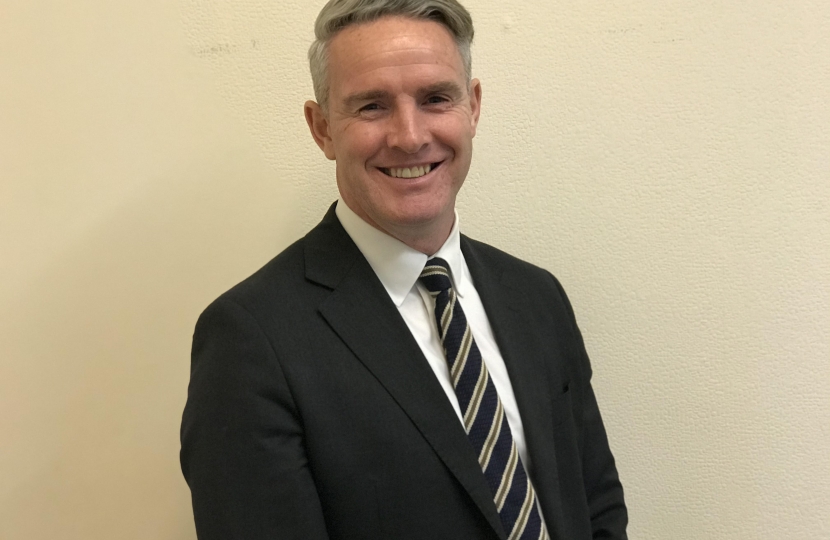 Ayr United goalkeeping coach and local lawyer Derek Stille is to contest the Central Ayrshire constituency as the Scottish Conservative and Unionist candidate for the general election on 12th December.

A former professional footballer, playing in goal for a number of clubs, including Aberdeen, Dunfermline Athletic and Dundee, Derek is a qualified lawyer who is now a director with a local solicitor in Ayr.

At the last general election, the SNP won Central Ayrshire with 16,771 votes, with the Scottish Conservatives closely behind on 15,504. Labour and the Liberal Democrats came in third and fourth place.

Speaking after his selection, Derek said:

“It is a great honour to have been selected to contest Central Ayrshire for the Scottish Conservatives and to have the opportunity to seek to represent my home constituency as a Member of Parliament.

“If with the support of local people, I am fortunate enough to be elected, I will be a strong voice for the people of Central Ayrshire and will work hard to deal with the issues most important to local communities.

“In particular, I want to help increase the number of good, well-paid jobs locally and see the recently agreed Ayrshire Growth Deal as being the main vehicle for driving that ambition forward. The Deal will see significant investment in a number of important local assets, including the Aerospace Campus at Prestwick and the 3i Life Sciences Park at Irvine and as the MP for Central Ayrshire, I would play a positive and energetic role in taking the Growth Deal and its projects forward.

“It’s clear from the result of the last election that Central Ayrshire is a straight contest between the SNP and the Scottish Conservatives, with Labour and the LibDems too weak to win here. So, I’m urging everyone locally who wants to beat the SNP and who wants to stop Scotland from having to go through another divisive independence referendum, to this time vote Scottish Conservative and Unionist.”