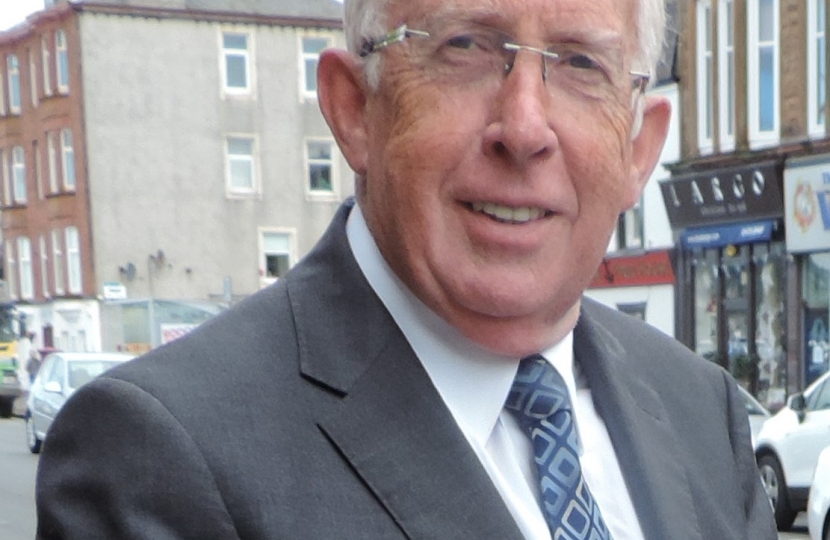 The Scottish Conservative Group on North Ayrshire Council have recently written to Alister Jack, the Secretary of State for Scotland requesting direct investment in North Ayrshire and to seek economic support for Economic growth in this area.

“In virtually all the economic and health indicators, NAC ranks in the bottom decile of all the Local Authorities in Scotland. Many of its coastal towns are suffering from the collapse of Clyde Coast Tourism, with ageing resident populations, lack of employment opportunities to retain young people and generally declining communities blighted in many cases by drugs.

The Budget of the Council has suffered a reduction of some £100m over the last 10 years as a result of the SNP starving Local Authorities of funds in favour of their ring-fencing policies and promotion of their own free for all policies.

In my Council area, we have Peel Port's Hunterston Parc with deep water access and some 300 acres of land ripe for development. I believe the Government is considering setting up some 10 Freeports and we would like Hunterston to be considered. As Chair of NAC's Planning Committee, we recently considered Peel's Masterplan for the Port and had sight of their Master Plan. https://www.peelports.com/media/4436/hunterston-masterplan-2019-digital.pdf

Finally, my Group would welcome the opportunity to meet with you and do assure you of our continuing support as you seek to represent the people of Scotland and to promote the Union.”

The Commonwealth, G7 and NATO Summits