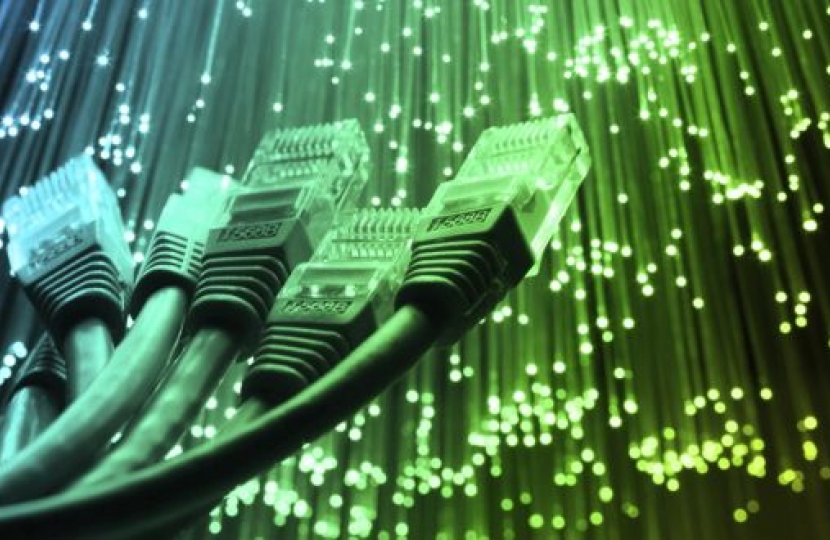 New figures show that North Ayrshire is the 17th worst local authority for ultrafast broadband speeds in Scotland, with just 19.1% of premises having access to these speeds, compared to 72.4 per cent for neighbouring Inverclyde.

Jamie Greene MSP, infrastructure spokesman for the Scottish Conservatives, said this week confirmed that the Scottish Government were behind on connecting North Ayrshire to next generation broadband speeds and raised concerns over the impact this would have for growth and investment in the future.

“As cyberspace advances and we see a further shift of commerce, business and services to the internet it’s so important that we properly connect our premises to broadband speeds that can meet the needs of modern Scotland. Unfortunately, North Ayrshire is lagging behind every part of the UK when it comes to ultrafast connectivity and the impact will be felt over time.

“You can see the world around us changing, 4K HD is now the norm, we’re shifting our data from our hard drives to the cloud. But under this SNP government we’re seeing key broadband pledges missed, there was no funding mentioned in this year’s budget.

“How can we expect North Ayrshire people to take up the opportunities of today when we’re left with the technology of yesterday? I have told the SNP previously they need to focus on getting our houses connected to the internet, these figures simply aren’t good enough.”