The state of our roads! 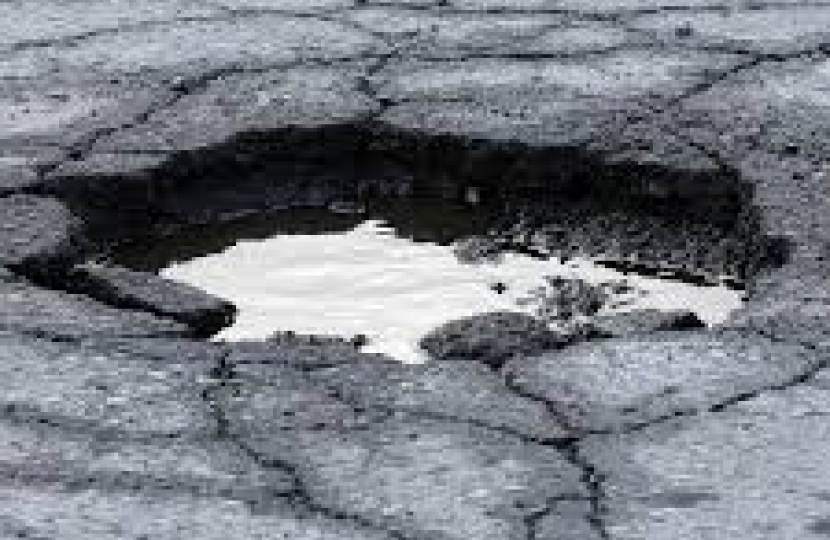 Jamie Greene MSP ha written to North Ayrshire Council over the deteriorating state of many roads in North Ayrshire after receiving a “multitude” of complaints from local constituents.

Jamie wrote the letter to council Chief Executive Elma Murray after being contacted by several constituents who were growing increasingly concerned about the impact North Ayrshire’s roads were having on their vehicles and the potential impact on road safety.

The A78 in particular was noted as being “full of potholes all the way from Ardrossan the Skelmorlie” and the so-called back roads between Largs and Dalry were identified as posing particular dangers as many drivers were anecdotally swerving to avoid large potholes.

In his letter Jamie acknowledged that North Ayrshire Council’s budget is limited, and it is due to likely suffer from a £5 million cut in the next financial year in its Scottish Government budget, however, he asked the Chief Executive to see if any funding was available for road maintenance and to outline what pans are in place to address the issue.

“Local residents will be aware that many roads in North Ayrshire are suffering from winter conditions with large amounts of pot holes and flooring being the main causes for concern. Now that the council is facing a potential cut of over £5 million in its budget I am concerned that road maintenance will not be high on North Ayrshire Council’s spending priorities.

“Driving from Ardrossan to Greenock at the A78 or take a journey round the back between Largs and Dalry and you’ll get a sense of the problem. I frequently come across pot holes and flooding. It’s not just an inconvenience, it’s a major health and safety problem which has the potential to cause an accident.

“Local residents frequently contact me about the state of our roads. They have genuine concerns over potential damage to their cars and also the fact that many drivers are forced to swerve to avoid holes.

“I’ve asked North Ayrshire Council to assess whether anything can be done about this, we need to have roads that are safe to drive on.”