Jamie was elected as MSP for the West Scotland region in the Scottish Parliament Elections in 2016.  He stood for the Cunninghame North seat, where he overtook Labour into 2nd position, increasing vote share by 10.9%. He is no stranger to North Ayrshire; he was our candidate in 2015 in the Westminster General Election for the North Ayrshire and Arran seat and is well known to the area. Jamie is originally from Greenock where his family still reside and he has lived all over the UK in his capacity as a TV producer and subsequently as a commercial director for a media business.

His hobbies and interests include his garden, golf, sailing, travel and the odd wine tasting!

You can find out more about Jamie by visiting his website http://www.jamiegreene.uk/

On Saturday, local MSP Jamie Greene attended a “sit-down” protest on Millport Pier on the Island of Cumbrae with other elected officials and members of the public to protest North Ayrshire Council’s plan to demolish Millport Pier.

Jamie Greene MSP, Scottish Conservative Member for the West of Scotland, has called on North Ayrshire’s island communities to get in touch with him and the Holyrood Rural Economy Committee with their views on the pending Islands Bill, proposed by Islands Minister Humza Yousaf.

West Scotland MSP Jamie Greene has secured a meeting with Cabinet Secretary for Justice, Mr Michael Matheson MSP, over the Air Weapons and Licensing Act after raising in Parliament and in local press that its implementation was having a negative effect on businesses in North Ayrshire.

Local MSP Jamie Greene today welcomed the new plans for a multi-million-pound investment into Ardrossan Harbour as reported in the Ardrossan Herald.

Kincaid House was completed in 2009 and provides expert nursing care for up to 90 older people.

Local MSP Jamie Greene today voiced his concern over the state of healthcare in Ayrshire.

A new dossier released by the Scottish Conservatives has revealed massive departmental waste since the SNP came to power.

Local MSP Jamie Greene today blasted the SNP over its links to donor Tony Banks who allegedly set up a number of tax-avoiding companies. 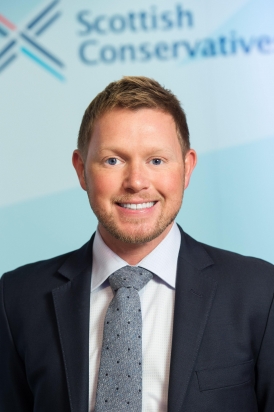